Is Every Day a Festival? (Phun with Philo)

In his work on the Special Laws of the Torah (De specialibus legibus), Philo enumerates 10 festivals he finds described in the Law. The first, he says, might surprise the reader: “This festival is every day” (2.41). He goes on to explain that for the virtuous every day is, in truth, a festival. If someone were completely virtuous, her life from beginning to end would be an uninterrupted festival (2.42). How does Philo come to this conclusion? Several elements factor into the discussion:

1) It may be that he is simply trying to get the number of festivals up to ten, which he views as a perfect number (τέλειος ἀριθμός). In other festival lists, he limits the number of feasts to seven.

2) He does, however, have an exegetical basis for his claim. Num 28:1-8 commands Israel to sacrifice two lambs on the altar every day (the Tamid). For Philo, sacrifice implies festival. Furthermore, Num 28:2 LXX makes it clear that the Tamid is a festival offering: προσφέρειν ἐμοὶ ἐν ταῖς ἑορταῖς μου. Here the LXX is clearer than the Hebrew בְּמוֹעֲדוֹ, which most modern translations render “at the appointed time.” 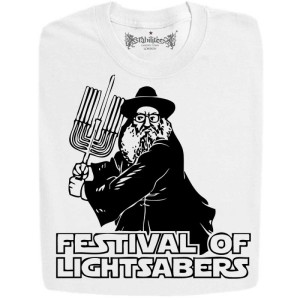 Not one of the festivals mentioned in Num 28.

3) Philo draws on the Hellenistic philosophical tradition that depicted some wise men living every day as a festival. For example, Plutarch says that Crates and Diogenes both viewed every day as festal (De tranquilitate 4, 20). Diogenes said, “Does not a good man consider every day a festival?” Plutarch is careful to stress that this means every day is lived in virtue and tranquility, not in the debauchery that typically accompanied Greek and Roman festivals.

4) Perhaps most important: Philo interprets Num 28:2 LXX (ἐν ταῖς ἑορταῖς μου–the μου here must reflect a yod rather than waw in the Vorlage, a common interchange) to say that God himself keeps festival; indeed he is the only one who can truly keep festival as he alone experiences uninterrupted joy. From this, Philo concludes that human festival-keeping is actually a participation in this divine joy. This means, of course, that only the virtuous can truly observe the festivals, since they alone imitate God and participate in his excellence through the virtues. And, since God keeps festival every day, so also can the virtuous, through their imitatio dei.

1 Response to Is Every Day a Festival? (Phun with Philo)