Understanding Language: A Guide for Beginning Students of Greek and Latin 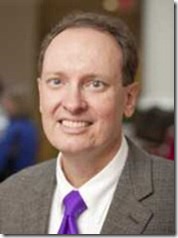 I recently received an email from Catholic University of America Press featuring a new release by Donald Fairbairn, who teaches Patristics at Gordon-Conwell Theological Seminary in Massachusetts.

The book, titled Understanding Language: A Guide for Beginning Students of Greek & Latin, aims “to break students out of ‘English mode.’” The description reads:

Why do students today find Greek and Latin so difficult and frustrating to learn? Perhaps the primary barrier preventing us from learning another language successfully is that we often subconsciously believe that English is the standard for the way languages must express ideas, and therefore we unwittingly try to fit the new language into the structure of English.

This book seeks to break students out of “English mode” as soon as possible, at the very beginning of study. Rather than constantly relating Greek and Latin to English, the book starts with a big-picture discussion of what any language must do in order to facilitate communication. It then explains how Indo-European languages in general accomplish the tasks of communication, and how Greek and Latin in particular do so.

That sounds like a noble goal! I don’t think, however, that breaking out of English mode can actually occur while you’re reading a book written in English! The only way to break out of English mode is to immerse in the language and to connect the language (as much as possible) directly to reality and to itself. If in the end, students are still required to translate into English and to analyze Greek or Latin using English grammatical terminology, they will forever be imprisoned in English. There is no shortcut to proficiency. Humans simply don’t acquire fluency in a language by learning about the language and its rules, or even about linguistic theory. They learn only through tons of graded comprehensible input and through use of the language in listening, reading, writing, and speaking.

I applaud CUA and Prof. Fairbairn for taking a bold step and realizing that English is not the final arbiter of meaning. That’s a good conceptual foundation. Now what we need is a pedagogy that reflects that insight!

11 Responses to Understanding Language: A Guide for Beginning Students of Greek and Latin