The Festivals as Participation in Divine Life 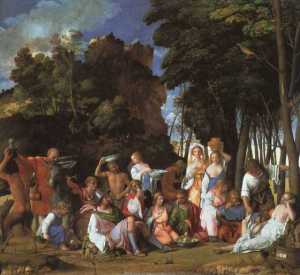 I am currently on a year-long sabbatical from teaching. Besides several articles, my major research project is my doctoral thesis for Durham University. I am writing on the way that apocalyptic and mystical groups in early Judaism interpreted the Jewish festival calendar. I am especially interested in the idea we find scattered throughout the literature that human beings, in their festival observance, were mirroring heavenly, usually angelic, activity.

That is, many groups seem to think that the festivals were also observed in heaven and that human festival observance was imitatio angelorum. The clearest example of this is Jubilees 6:17-18, which states clearly that Shavuot was observed in heaven. Jubilees also describes angels as observing the Sabbath, themselves in imitation of the Lord.

My argument, in part, is that this is not a uniquely second-temple or early Jewish idea, but in fact has rather older roots in the Ancient Near East, and was also current in the Hellenistic world of the Second Temple period.

Michael Gilleland, whose blog is always worth reading, notes the following passage from Plato that illustrates this quite nicely:

The gods, however, took pity on the human race, born to suffer as it was, and gave it relief in the form of religious festivals to serve as periods of rest from its labours. They gave us the Muses, with Apollo their leader, and Dionysus; by having these gods to share their holidays, men were to be made whole again, and thanks to them, we find refreshment in the celebration of these festivals (Plato, Laws 2.653d, tr. T.J. Saunders)

This remarkable passage proposes that humans are made right and whole again by participating in the festivals (συνεορτάζειν) alongside the gods (μετὰ θεῶν). Readers: can you think of other passages in the wider ancient literature where this idea is present?

1 Response to The Festivals as Participation in Divine Life