Greek Vocabulary: Are we cooking the books?

Undoubtedly the best-selling Koine Greek textbook used in seminaries and colleges throughout North America is Bill Mounce’s user-friendly grammar, Basics of Biblical Greek, which is now in its 3rd edition. Mounce requires students to cover 320 NT vocabulary words in the course of the first year (two semesters). As he describes it, once the student has learned these 320 most common words, she will know 80.25% of the words on any given page of the Greek New Testament.

I see numerous problems with this claim that I think are worth considering. Please note, this post is not meant to be an attack on Mounce or his textbook. I think highly of both. Indeed, the problems I describe apply to all standard NT Greek textbooks.

The first and biggest problem is that it simply doesn’t work in practice. That’s because Mounce et al have students learn lemmas, or lexical forms. For example, the student learns λαμβάνω as ‘I take.’ When she opens her Greek NT, however, she may encounter words like λάβε, λαμβάνονται, εἰλήφειν, εἰλημμένα, ληψόμεθα. Many of these hardly look like λαμβάνω at all. I regularly encounter students in their 3rd and 4th year of Greek who can’t recognize these words to save their life (or their grade 😉 ), yet according to Mounce’s way of counting, the student knows them. The situation is even clearer when we come to words with “irregular” principal parts. On Mounce’s reckoning, if the student has “learned” ἐσθίω then he by definition “knows” ἔφαγον when he sees it on a page of Greek text. But, as any elementary Greek teacher can tell you, that’s simply wishful thinking.

Second, we are very unclear on the meaning of the words “know” and “learn” when it comes to vocabulary. Students may “know” the Mounce vocab words in the sense that they can match them to a one-word English substitution on an exam. But, that is a rather minimalist version of “knowing” a lexical item. At the least, I think we would want students to know the range of meanings for a word. Think about it: when we talk about learning a new vocabulary word in English, it usually entails being able to 1) recognize it and comprehend it quickly (whether in written or audio form), 2) spell it, 3) pronounce it correctly, 4) use it in a sentence, 5) provide a definition for it, 6) provide synonyms for it, 7) know its connotations and collocations, and 8) locate it semantically in relation to other possible word choices. The definition of “know” used in Mounce, however, has nothing to do with the standard usage described above. Rather the student “knows” a word when she can recognize the correct English gloss for it. Is this really something worth striving for?

Third, to expand on #7-8 above, knowledge of vocabulary occurs on a spectrum. We can have a basic grasp of a word, but what we strive for at higher levels of proficiency is a thorough grasp of the word that would allow us to make intelligent statements about its usage. Thus, for example, do we really know the word “munch” if we don’t know that it’s a lower-register way of talking about chewing? Do we know the word “hipster” if we don’t know that word is so mainstream? Do we know English if we can’t distinguish between “conversing” and “chatting?” To get to this level, we have to have a very broad vocabulary, and this is simply not something that any NT grammar aims for.

In most cases, grammars limit themselves only to words used in the Greek NT. But this is a highly artificial limitation. Why not take into account the LXX? Josephus? Χαρίτων? These would give us an accurate picture of the lexical range of Koine Greek. If someone told you they knew English, but what they really knew was the Russian glosses for 80% of the words in The Catcher in the Rye, what would you make of such a claim? Likely not much! Yet, that is exactly the kind of thing that standard NT Greek approaches to vocabulary lead to.

If we are interested in reforming Greek pedagogy, a first step is to stop juking the stats and stop cooking the books! 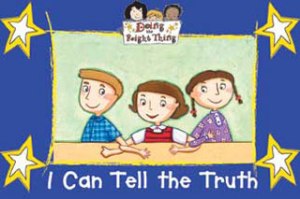 13 Responses to Greek Vocabulary: Are we cooking the books?