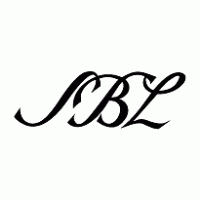 This post is the third post in my report on the annual meeting for the Society of Biblical Literature, held Nov 17-20 in Chicago. Here are the first and second parts. In its second session, our Applied Linguistics group hosted a panel to address the question, “Where should we set the bar in biblical language training?” The rest of this post is the first half of my presentation attempting to answer the question. I welcome your feedback, questions, and suggestions, though you may wish to wait for the second half of the paper coming later this week.

Where do We Set the Bar in Biblical Language Training?

The Importance of the Question
As teachers (and as students) of ancient languages, what should our goals be?

What should we aim for? What should we be trying to achieve in our courses and curricula? This is a very important question—maybe the most important, in fact. We can discuss and argue all day about methodology for teaching Biblical languages, but if we don’t have a clear goal or end in mind, we will simply be talking past each other.

Unfortunately, it seems to me, many Greek and Hebrew classes operate on something like autopilot. Teachers use, in many cases, the same textbooks they were taught from. Declensions are learned, vocabulary glosses memorized, verbs parsed, diagrams drawn, charts filled in. Regular quizzes and tests start to drive the semester. And, somewhere in the midst of it all, we lose sight of what exactly we are trying to do. Teachers are trying to “get through the material.” Students are just trying to survive and keep their heads above water. Yogi Berra perhaps put it best: “If you don’t know where you are going, you’ll end up someplace else.” It is my contention that most Greek and Hebrew classes end up “someplace else,” because our goals and aims are not clearly defined.

Where I’m Coming From
Today, I want to address that lack. My goal in this brief presentation is to discuss what I think the goals of Biblical language pedagogy should be, that is, where to set the bar for students (and teachers) of the Biblical languages. Just a few words about myself, so you know where I’m coming from: I approach this question from the standpoint of one who has taught Koine Greek for the past 7 years at both an undergraduate and graduate level. The institution at which I teach is a Bible college that requires one year (6 credits) each of both Greek and Hebrew for all undergraduate and MDiv students. I have taught Greek using, in some years, traditional grammar-translation methods, and in other years, communicative methods that aim at immersing the student in the language. In the following remarks I will primarily refer to Greek, since that is what I teach, but everything I say is also applicable to Classical Hebrew.

Some Important Definitions
Now, isn’t it clear that the goal of a Greek curriculum should be to learn Greek? When students graduate from a Greek program, isn’t it reasonable that they should know Greek? Shouldn’t a graduate be able to read the Greek NT and OT as well as other important Greek texts (classics, church fathers, contemporary literature)?

This brings us straight to the real problem in any discussion about Greek pedagogy and its goals: definitions. What do we mean when we talk about “learning” Greek, “knowing” Greek, and “reading Greek?” We have to answer these questions if we’re going to gain any clarity whatsoever about our goals and how high we should be setting the bar.

Goals in Modern Language Education
Consider, for example, the teaching of modern languages. Here the definitions are rather simple. For instance, take the Foreign Service Institute, which trains American diplomats. If I want to be a diplomat to Russia, I enroll in training at the FSI, and my goals are simple: to learn Russian or to know Russian, including being able to read Russian. I need to be able to move to Russia and speak, write, read, and understand spoken Russian of all types. I must become fluent or proficient in Russian. According to the FSI, this goal is what they call “Professional Working Proficiency.” It includes the ability to:

If I achieve Professional Working Proficiency, I will be able to read moderately difficult Russian at a reasonable pace, say 200-250 wpm. I will not—and this is important—be translating from Russian into English in my mind. Rather, I need to be thinking in Russian. Thus, the bar is set at fluency. Anything less and I will not be able to be effective in the diplomatic service.

Goals in University Programs
Alternatively, think about a modern language program for undergraduates at any major university. Programs in German, French, or Spanish also aim for their students to learn, know, and be able to read their target languages. Here again, the terms are defined in the normal way. After four years of a German program at a university I should be able to read and speak German fluently, to the extent that I could live comfortably in Germany without being hampered by any significant language barrier. The bar, again, is set at fluency. Anything less is considered a failure.

Knowing/Learning Ancient Greek
Things change completely when we look at ancient Greek courses, though. Each of the key words—“learn, know, read” is redefined. In ancient Greek classes, “learning” the language no longer means gaining communicative ability in it. Now it means learning *about* the language. Class is conducted, not in Greek, but in English. All description and analysis of the language is conducted in English. Greek texts are translated into English. Greek students, upon leaving a Greek course, will have little to no proficiency (as normally defined) in Greek, but the better students will have become highly proficient in the metalanguage—the terminology of grammatical and syntactical analysis. And, why wouldn’t they, as this is the language their professors have mastered and modeled to the students?

“Reading” Ancient Greek
Perhaps the most pernicious shift in definitions, though, comes with the term “reading.” Those who have achieved fluency in a second language read in that language much the same way that they read in their native tongue. There is an immediacy and directness between the words on the page and the thoughts or pictures stimulated in the mind of the reader. The reader is thinking in the language.

In the doublespeak of the Ancient Greek classroom, however, reading is translation—for most students, very, very slow, grinding, laborious, and, ultimately, very often poorly done translation. Gone is the immediacy and attendant pleasure of true reading—of thinking the author’s thoughts after him/her. Some students, usually the memorizers, will thrive in such a setting, as they are able to remember large blocks of translations and the endless list of English glosses needed to ace their vocabulary and reading tests. Some may even become speed translators. An observer might even think the speed translator is reading, but the internal experience is different, because the speed translator never makes the transition to *thinking* in Greek. As a result, he will always lack the immediacy of true reading. He will always be “kissing through the veil”—to use one poet’s description of translation.

Experts in the field of second language acquisition have long known that the immediacy of true reading requires an oral-aural basis (as Brian Schultz discussed in this paper). Unless the second language learner achieves a basic level of speaking and listening ability in the second language, she will never be able to think in the language and thus enjoy reading fluency.