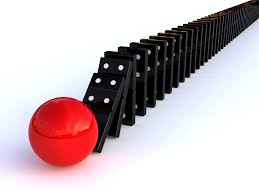 You say you want a revolution in Greek teaching? I do too! But what is needed to bring about such a pedagogical reformation? I think the history of foreign language teaching in the United States can give us some idea.

The Failure of Grammar-Translation
The grammar-translation method dominated the teaching of foreign languages in US schools prior to World War II. It stressed explicit teaching and memorization of grammatical rules, and translation from the foreign language into English. Sounds like Greek class, right? Well, it won’t surprise you that it was an epic fail.

How abjectly it had failed failure became especially clear when the US went to war against all the evildoers. The Captain Americas who had gotten A’s in their German classes at college couldn’t understand a Lecken of spoken Deutsch except “Heil Hitler!” Well, that may be overstating it a bit. They also knew the words for beer and bathroom, and probably a few cuss words. But, when it came to intercepting German communications or doing undercover ops, their Deutsch just wasn’t that gut, ja? You know, it wasn’t up to die Schnüffen, ja? And, the same with their Japanese, but to an even greater extent. 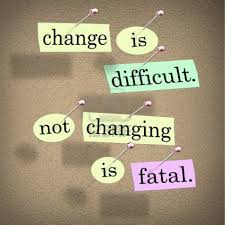 The Rise of the Audio-Lingual Method
Well, this clearly wouldn’t work, would it? Spies and analysts needed to be fluent. So the Army did their research and adopted a program of audio-lingual training similar to the Pimsleur method. No explicit grammar; no translation. Just good old fashioned speaking and listening, with a lot of drills. It may not be ideal, but it immersed the students in the language and, more importantly, it worked well enough.

The point is: there was an urgent demand for fluency or proficiency which the grammar-translation method could not meet. This urgent need led to rapid change in foreign language teaching in the US. 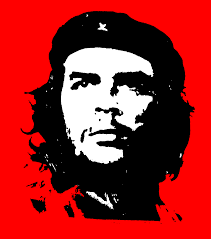 Che thinks the grammar-translation method is so bourgeois.

Where is the Demand for Greek Fluency?
Now, here’s the problem. Though I am neither a prophet nor the son of a prophet, I boldly predict the US will not be waging war against 5th-century Athens or 1st-century Alexandria any time soon. So, where will the demand for fluency in ancient Greek come from? In my opinion, it will never come from the teachers, who are not fluent themselves and have already invested careers and publication in service of grammar-translation. They seem, by and large, satisfied with the status quo. It will also never come from college or seminary administrators, who seem to be doing all they can to streamline their degrees and make education ever more “practical.”

Rather, the demand must come from the grassroots. College students must protest the current system, which leaves them at the end of a 4-year program sorely lacking in the kind of fluency expected of their counterparts in the modern-language department. Seminary students must revolt against a 3-year program that gives them just enough knowledge of the languages to be dangerous. PhD students in classics and biblical studies should be rising up at the prospect of 3-10 years of postgraduate work in ancient texts that leaves them unable to read fluently and for pleasure in those languages.

Until there is demand from students for a more effective pedagogy, we should not be surprised at the persistence of the status quo. Thankfully, the internet is a great aid to getting the message out, so I predict we will see a growing demand in the years to come.