Was there Natural Evil in Eden? (Phun with Philo)

In Questions on Genesis 1.14 Philo addresses the question of why the garden Paradise was in need of a man to cultivate it and guard it (Gen 2:15, ἐργάζεσθαι αὐτὸν καὶ φυλάσσειν) since it was, after all, planted by God and thus presumably perfect.

Philo answers first that Paradise did in fact not need a cultivator at all. It was perfect. But God wanted to allow some room for the man to demonstrate his diligence and industry by watering it, tilling it, irrigating it, etc. 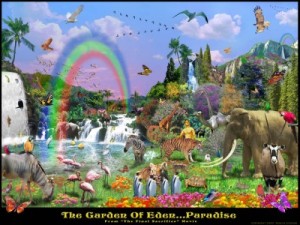 Philo goes on, though, to give a second, more interesting, answer: though “there was no other man, it was necessary to guard it at least against wild animals, and especially against air and water, for when there is a drought, one must water it abundantly, but when there are rainstorms, one must stop the overflow by making another channel.”

Here it seems that Philo envisions what we would typically call natural evil—storms, droughts, destruction (possibly even death) at the hands of wild animals. Christian theology has typically understood such natural evil to be a product of the Fall, i.e. Adam’s transgression, likely through an expansive reading of ‘death’ in Rom 5:12ff and ‘futility’ in Rom 8:20 (cf also v22). Philo here gives evidence that Paul’s fellow Jews may not have been likely to grant Adam’s transgression such a central role. Another example: when Philo later discusses the curse of Cain (1.75), he states that before the murder of Abel, Adam and Eve “had not known what death is.” This makes it fairly clear, I think, that Philo does not attribute death to Adam’s transgression. Furthermore, were he to do so, it seems clear that he would see human death alone, not animal death, springing from that sin. 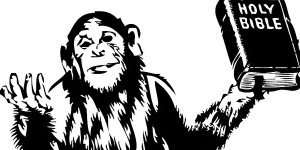 1 Response to Was there Natural Evil in Eden? (Phun with Philo)