Every Movement Needs a Name
I have often wondered how to name the movement (of which I am a part) to teach Koine Greek as a living language. I think every movement needs a good tag to be successful, one that captures the essence of what the movement stands for. Several possibilities present themselves:

Method vs. Goals
A problem I see with many of these, however, is that they mostly focus on the teaching method, especially use of the spoken language, natural learning techniques like TPR, etc. The real challenge, though, in my opinion, is not necessarily to get teachers to adopt communicative language techniques. I’ve found that to be pretty easy–many are quite willing to incorporate bits and pieces of TPR, TPRS, oral-aural components, etc. into their teaching. Rather, the hard thing is to get Greek teachers to rethink the goal of their teaching. (I dealt with this very topic recently in these posts on where to set the bar: pt 1 and pt 2.) In the minds of many Greek teachers, it seems, a successful student is one who can ace a parsing test, memorize vocabulary, translate a difficult passage “accurately and precisely,” do an “in-depth exegesis,” or prepare a sermon outline from a Greek text. 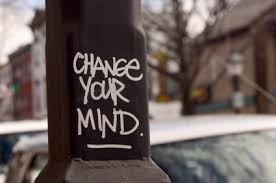 What if we could, instead, convince Greek teachers to aim at fluency–at developing students who have internalized the language, can think in Greek, and have a real “feel” for the language, and who, as a result, can read the literature fluidly and for pleasure? Once we establish fluency as the goal, we can fight over what method of teaching gets us there most quickly. Do students become fluent readers through a grammar-translation model? Then, go with that! Maybe a natural approach works best; if so, we will find out fairly quickly, just as modern language training institutes have. But establishing the goal or aim of our teaching is the key.

My Proposal
Thus, I suggest it might be helpful to call the movement the Ancient Greek Fluency Movement. This lets us start with the most important thing–not teaching method, but the goal of true fluency in the language. It helps us define the conversation: what does it mean to be fluent in ancient Greek? To “know” Ancient Greek? To “read” Ancient Greek? And, it allows us to remain method-neutral; whatever method gets us most quickly and painlessly to fluency is to be preferred.

What do you think? Perhaps you have another name to propose for the movement. Let us know in the comments!

24 Responses to Naming the Movement