Luke 1:28 and The Message
Luke 1:28 records Gabriel’s greeting to Mary, χαῖρε, κεχαριτωμένη. In a recent conversation, someone brought up Eugene Peterson’s Message translation of the passage:

Good morning!
You’re beautiful with God’s beauty,
Beautiful inside and out!
God be with you.

The Message is frequently bashed by some scholars, perhaps rightly. Peterson and team put themselves out there with some daring translations that most either love or hate–it’s a polarizing translation/paraphrase. In any case, hearing this rendering got me thinking. So, here are a couple observations on his translation of Luke 1:28:

1. “Good morning” might be a bit more specific than χαῖρε, which is used for general greeting. However, LSJ cites Dio Cassius as indicating that it was commonly a morning greeting, as opposed to the evening salutation υγιαινε.

2. The rendering of ὁ κύριος μετὰ σοῦ as a wish (God be with you) provides a nice alternative to most translations, which take it as a statement of fact (God is with you). 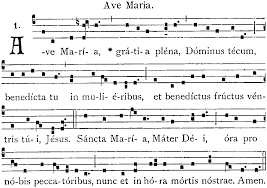 Graced=Physically Beautiful?
3. Most interesting to me was the way κεχαριτωμένη was rendered in terms of beauty. Typically, this word is read in theological terms of “grace.” On that view, Mary is being greeted as one who has been shown God’s grace/favor. This thought is certainly present in Luke 1:30, εὗρες γὰρ χάριν παρὰ τῷ θεῷ, so I don’t think we can exclude the theological meaning from 1:28. Nevertheless, I think The Message, which highlights Mary’s pulchritude, may be on to something. (It is interesting to me that the Vulgate leaves plenty of room for interpretation with its gratia plena.) Let’s take a look at the evidence:

a. First, χαρις is frequently used in terms of physical beauty. It’s the first definition in LSJ.

b. Second, the perfect passive participial form is used in other texts to speak of physical beauty. The form is not attested (at least from my search of TLG) prior to Luke, except in Sirach. (I’m guessing that’s because a more normal word to use would be χαρίεις). Sir 18:17 seems to use the term to speak of generosity: οὐκ ἰδοὺ λόγος ὑπὲρ δόμα ἀγαθόν καὶ ἀμφότερα παρὰ ἀνδρὶ κεχαριτωμένῳ. While this is not physical beauty, it is also definitely not the theological meaning usually thought to be in Luke 1:28. After Luke, virtually all the appearances of the word are in patristic quotations or expositions of Luke 1:28, and the term is understood theologically.

There is one exception, however: Clement of Alexandria, Paed. 3.11.83, quotes from Sirach 9:8 (which he notably refers to as ‘Scripture,’ ἡ γραφή):  Ἀπόστρεψον δὲ τὸν ὀφθαλμὸν ἀπὸ γυναικὸς κεχαριτωμένης, καὶ μὴ καταμάνθανε κάλλος ἀλλότριον, φησὶν ἡ γραφή. What’s interesting here is that he seems to have adapted the text a bit, since Sirach 9:8 reads εὐμόρφου instead of κεχαριτωμένης (I didn’t check to see if there were textual variants here, so if anyone has access to an apparatus, let me know). Clement uses κεχαριτωμένης in parallel with κάλλος. Clearly, here, κεχαριτωμένης refers to physical beauty.

c. Finally, Hesychius glosses ἀστεῖος as κεχαριτωμένος, and several scholia to Pindar and Aristophanes also use it to gloss terms for physical beauty.

Conclusion
So, whether or not the author intended κεχαριτωμένη to speak of Mary’s physical beauty, I think that would have been an accessible meaning, and perhaps the most natural one, for a first-century hearer to take away from the greeting. That meaning might have been supplemented, but probably not replaced, by a more “theological” meaning in 1:30. Of course, it’s also important to remember that these meanings may not be that far apart to a first-century hearer, since physical beauty was often taken as a sign that one was favored by the gods/God.

What do you think? 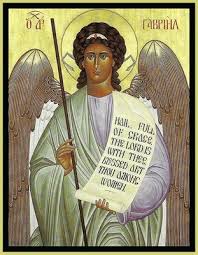